SLEEP 5959 – Art for sleepers, art by sleepers and art as sleep

SLEEP 5959 is an art project by Shu Lea Cheang and Matthew Fuller, conducted in in collaboration with MFK, Metood För Konstnärlig frihet.

On Thursday and Friday, visitors are welcome to the readings without pre-booking. A total of 30 visitors are allowed at the same time. If the installation is temporary full, you will be asked to wait for someone to leave.

Enter Stora Festsalen from the door opposite to the Entrance. This event is free of charge.

Sleep is a refuge. The English romantic poet William Wordsworth called sleep the “blessed barrier between day and day’. We want to inhabit this barrier as something arising out of nature but that is also deeply built-up out of other aspects of life. It is these that form the grounds for the experimental work of the sleep series.

Sleep is a refuge from the work of having a subjectivity, of having to endure, being alert, to respond. But it is also an unexplored aesthetic domain. We are still sensually and metabolically ‘on’ when asleep, just working in other registers. An aim of these projects is to subtly dialogue with these capacities. The sleep series works with an expanding domain of aesthetics through the capacities of the unconscious body. It revises the philosophical cut between the mental subject on the one hand and the somatic object on the other.

Sleep is also a refuge since it is increasingly being discussed as a human right in its own terms, not simply as a sub-set of the right to private and family life. Sleep deprivation is a technique of torture but it is also a crucial function of our permanently alert economies. Finding the differential arrangement of sleep in a society is one way of understanding and reimagining it.

In the context of the epidemic, sleep comes under increasing pressure for many people. We assert the idea that sleep can have its own modes of aesthetics and that art can address itself to them in a way that enhances sleep’s capacity of refuge. 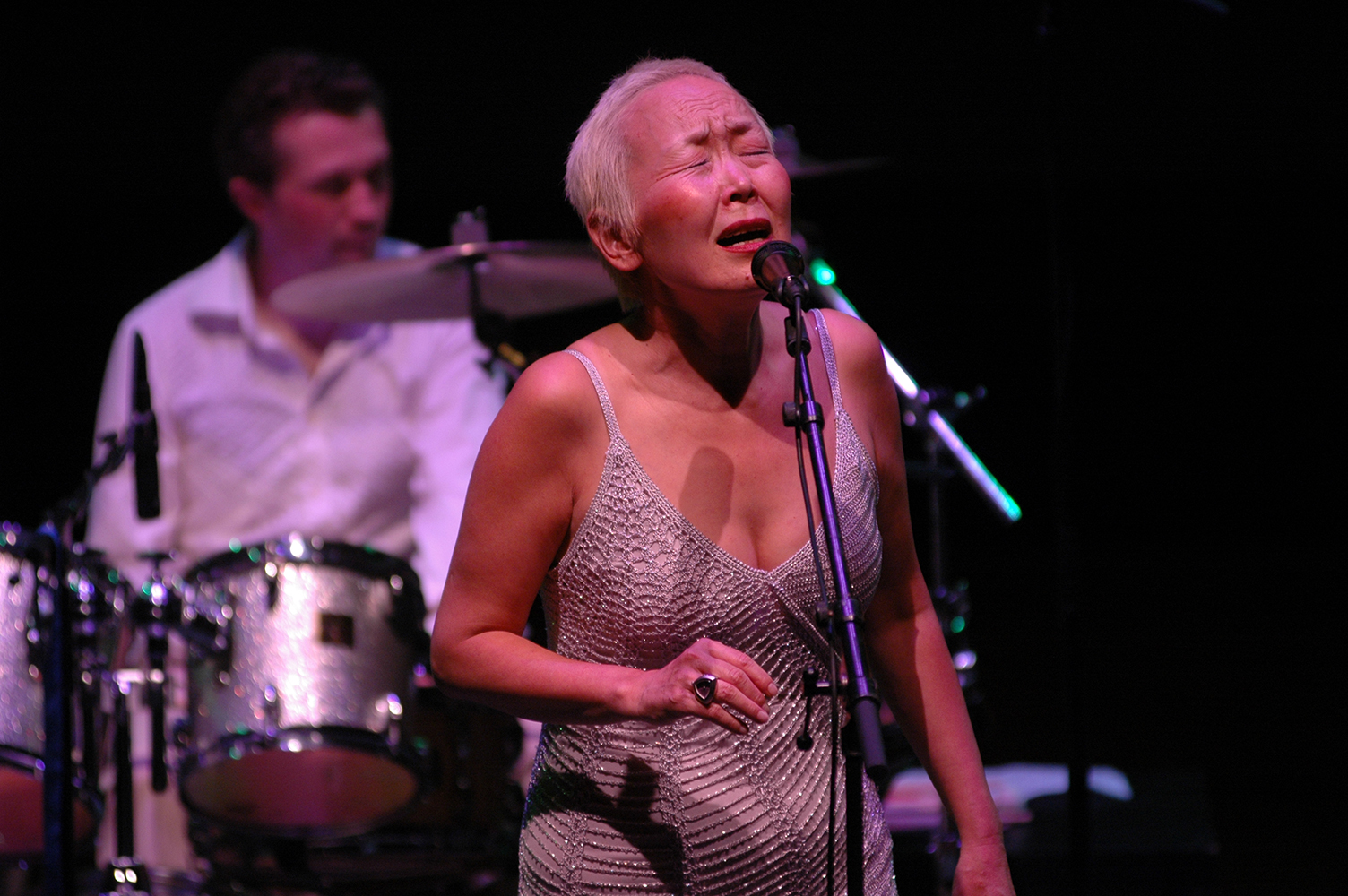 The SLEEP 5959 project takes place at Malmöhus Castle at Malmö Museer/Malmö Konstmuseum for the duration of 59 hours and 59 minutes. September 23-26, 2021.

Two rows of ten beds with 1.5m distancing are open for people to sleep in during museum opening hours.

Readings for Sleeping- a series of siesta matinées exploring the relationship between text and sleep.

Sleeping after reading or after being read to is a traditional activity. Sleeping whilst being read to is seen as a failure of the implicit agreement between reader and listener, to be interesting on the one hand and to be attentive on the other. Readings for Sleep focuses on reading texts that go beyond being interesting, by having a diminished requirement for active attention and an ability to encourage somnolence.

Five readers with their own chosen texts will do their readings at the museum (September 23 & 24). You are invited to come to listen and sleep.

13:00-15:00 - Parvin Ardalan reads No Friend But the Mountains by Behrouz Boochani

The Night of Sleep project is an overnight event lasting from Sunset to Sunrise. The Malmo local time for sunset is 18:57pm on September 25 (Saturday) and sunrise is 7:02am on September 26 (Sunday).

Light breakfast will be available for all participants in the morning.

Sainkho Namtchylak (TUVA/AT) is a singer and musician with a unique approach consisting of experimental vocalisations, Tuvan overtone singing and electronica.

Two rows of ten beds with 1.5m distancing are open for people to sleep in during this event.

The five sessions of Readings for Sleeping and the Night of Sleep is streamed on the Paris-based independent artist radio station p-node. http://p-node.org

During the entire programme Sleep tea is available for visitors. During the Night of Sleep, sleep food, tea and sleep beer are served.

Sleep food, composed by local culinary artisan Reko Deli after a recipe by Cecilia Germain. Falafel and hummus with walnuts and pistachio nuts with a garnish of sweet potato together with lemon balm leaves: all sleep enhancing ingredients.

Schlafgutbier 4, a continuation of the series of beers brewed with sleep-enhancing herbs and botanicals. Schlafgutbier 4 is brewed with hops, malt, water, yeast and the special addition of chamomile by local craft brewer, Rocket Brewing:

This project is the fourth in a series of works, Sleep 48 (Linz, 2018), Sleep 79 (Taipei, 2018), Sleep 1237 (NYC, 2019) that build on the idea of an aesthetics of sleep developed in Matthew Fuller’s book, How to Sleep, the art, biology and culture of unconsciousness (Bloomsbury, 2018). These projects transpose art into sleep, and everyday and scientific sleep actions into active aesthetics.

Shu Lea Cheang is an artist and filmmaker whose work aims to re-envision genders, genres, and operating structures while engaging in social interface and open network constructs. As a net art pioneer, her BRANDON (1998 - 99) was the first web art commissioned by New York’s Solomon R. Guggenheim Museum. From homesteading cyberspace in the 90s to her current retreat to post net-crash BioNet zone, Cheang takes on viral love and bio-hacks in her current cycle of works. In 2019 she represented Taiwan with 3×3×6, a mixed media installation at the Venice Biennale 2019. Cheang is currently at work on UKI, a viral alt-reality scifi cinema. http:// mauvaiscontact.info

Matthew Fuller is Professor of Cultural Studies at Goldsmiths, University of London and an author working in media theory, software studies, cultural theory, and contemporary fiction. Fuller is also an artist who has collaborated with numerous groups. Publications include How to be a Geek essays on the culture of software (Polity 2017), with Andrew Goffey, Evil Media (MIT 2012) and with Olga Goriunova, Bleak Joys, aesthetics of ecology and impossibility (Minnesota 2019). Fuller's book How to Sleep: The Art, Biology and Culture of Unconsciousness, (Bloomsbury 2018) provides an initial starting point for the series of Sleep projects.

The activist network METOOD (MFK, Metood För Konstnärlig frihet), started as a direct action intervention in the wake of the Swedish artists’ Me Too petition ”Konstnärlig Frihet” in 2017. We have since organised meetings and programmes across various local art institutions, with the ambition to transform informal power structures from within. Performing and instituting a ”voice in emergence”, we aim to stay with the paradoxical hubbub of voicing a ”we” via joyful and dethroning articulation. In October 2019 we merged care sector discourse with institutional critique in the production The Violence and Social Care Inspectorate, elaborating the bio- and necropolitical aspects of Swedish public health protocols. In May 2020 we conducted The Governmental Waffle Barbecue. https://metoodforkonstnarligfrihet.com/

METOOD's core matter is a situated politics of the body, our aim: to do the wild thing.

Parvin Ardalan is a journalist, writer and feminist activist who has worked as chief editor of feminist websites in Iran. She co-founded the Women's Cultural Center and the One Million Signatures Campaign - a grassroot movement aimed at repealing discriminatory laws against women. For these efforts she was awarded the Olof Palme Prize In 2007. Her interest in gender, social movements and migration led her to launch a process in a joint effort with civil society and numerous cultural institutions thus creating Women Making HERstory a project committed to unveiling, visualizing and rewriting the life and work of women with migration backgrounds in Malmö, Sweden. Her next process was launching Migration Memory Encounterswhere the knowledge, experiences and memories of migrants in various cultural fields has been rediscovered by live performances and installations in Sweden. These two processes led her to work as a project leader at the Museum of Movements in Sweden.

Ansar Bakir is an Iraqi-Suedi and founder and creative director of Shakomako, a physical and digital platform which seeks to showcase contemporary art and culture from the Middle East and North Africa. A native Malmöite, he has also produced a spiritual concert series, the Queer MENA film festival and booked artists for World Pride 2021. He also works on the ALEEF Festival, one of the biggest cultural festivals for the MENA diaspora in the north of Europe.

Ida Börjel is a poet and translator who currently lives in Malmö. For her five books of poetry, including Konsumentköplagen juris lyrik (The Consumer’s Purchase Law - juridical lyricisms), Skåneradio (Radio Scania), The Sabotage Manuals (Commune Editions 2016), and MA, she has been awarded with several prestigious prizes. In the artist-based research project, Follow The Money, at Malmö University, she explored neoliberal language practice and the ways that stories of success are negotiated, remediated and circulated. Börjel’s book of radio plays, Arvodet- Marignalintäkten (Förlaget Anti) and Galina Rymbus’s Livsrymd (which Börjel co-translated from Russian for Ellerströms förlag), published in the autumn of 2020.

Jeuno Kim has a background in feminist theology, music and radio. Her artistic practice and research focuses on the realm of sound, performance, video and text. She is influenced by the ongoing modernisation and westernisation in Korea and the Pacific East region, and the urgency of the political, sociological, and cultural issues that permeate this reality such as nationalism, identity-construction, and historical narration. Kim’s projects are continuous inquiries into artistic responsibility and the use of art as a space for research and a public arena for communal and meaningful exchange. Selected exhibitions include: Motions, Ludlow38, New York, USA; Death Lab, Finale Form book launch and performance, HAU2, Berlin, DE; Det radikalt anorlunda at Sunshine Socialist Cinema, Höja, SE; Give Me Hell, feminist stand-up performances, Spektraum, Berlin, GER; Orders of the Day, OK-Corral Gallery, Copenhagen, DK; Tingen, Overgaden Center for Contemporary Art, Copenhagen, DK; Protein Cooking Show, Lilith Performance Studio, Malmö.

Sainkho Namtchylak (Сайнхо Намчылак, born 1957) is an internationally-renowned singer originally from Tuva. Based in Vienna, and performing globally, Namtchylak has released seven solo albums including Stepmother City (2000) and "Like a Bird or Spirit, Not a Face" (2016). She has collaborated with leading musicians from several continents. Known for her contemporary adaptations of Tuvan throat-singing or Khöömei and gifted with a remarkable vocal range of seven octaves (with overtones and subtones) she claims that music and spirituality are connected by desire, or the tension that yells to reawaken people.

Cecilia Germain is an artist educated at Konstfack in Stockholm. She researches the writing of history, colonial structures, the terms for public health and different modalities for health and healing beyond capitalist circumscription. Via performance, installation, photography and text she intervenes in normative narrations, myths and stereotypes. Fictional archives and other realities are staged and take many different shapes. Germain also works with botanical materials that sometimes develop into olfactory works. She delves into ethnobotany and looks-up linkages to current alternative medicine, colonial economies and the African diaspora she herself belongs to. From the engagement with plants and their manifold areas of use an interest in the culinary has naturally followed.