Commission for a Socially Sustainable Malmö

The Commission for a Socially Sustainable Malmö, or the “Malmö Commission" finished their work in 2013. The Commission was independent and consisted of fourteen commissionaires, each with specific areas of expertise within the domains of social sciences, health economy, urban studies and the city of Malmö. 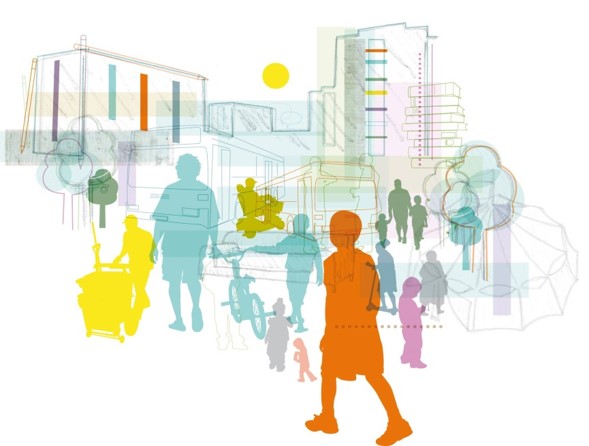 The results of the commissions work is a report with 24 goals, 72 actions and two overarching recommendations:

The decision to launch a commission was made in 2010 by the City Executive Board of Malmö followed by the appointment of Professor Emeritus, Sven-Olof Isacsson to chair the commission.

The commission came about in light of the present differences in health observed among different population groups and different areas in Malmö. The quality of health, mortality rates and the ability to self assess ones health varied across the city, essentially creating a situation that was considered both unethical and unjust and contradicting of the city´s strategic goals for a socially sustainable Malmö.

The main task of the commission  was to assemble evidence and based on those propose strategies for reducing health inequalities and improve the long term living conditions for the citizens of Malmö.

It is a well known fact that people in some parts of Malmö live nearly seven years longer than in other parts of the city. Known causes behind this discrepancy in life expectancy and health are that many people lack the fundamental conditions for good health, such as work, education, acceptable housing conditions and economic and social resources.

The commission´s task was to propose evidence-based strategies for reducing health inequalities and improve living conditions for all citizens of Malmö, especially for the most vulnerable and disadvantaged in our society.

This assignment means taking on a complex set of challenges to the city of Malmö that demands long term strategic decisions and actions. The entire life span is to be taken into consideration.

WHO central source of inspiration

The Malmö Commission draws on the findings of the WHO report "Closing the Gap in a Generation" by the Marmot Commission, a leading authority in the study of public health, which, according to the Swedish National Institute of Public Health, constitutes one of the most important contributions to the public health debate during the last decades.

The message from the report is clear: social injustice is literary a question of life and death. It is possible to do something about it, but it requires a shift in the way authorities operate and the transition is likely to take time, at least a generation.

The Malmö Commission focused on three areas of society:

The Malmö Commission finished their work in March 2013. In March 2014 the Malmö City Executive Board decided upon how to continue the work towards social sustainability. This builds on the proposals for action that the Commission for a socially sustainable Malmö presented in its final report.

The movie and the document below, "Continuing work for a socially sustainable Malmö", describes the decisions taken by the City Executive Board as to how the City of Malmö should proceed with the work for socially sustainable development and reduced health disparities. The decisions are based on the City Office’s overall assessment of the Malmö Commission’s proposals for action and the comments from approximately 70 consultation bodies.

The follow-up of ”Continuing work for a socially sustainable Malmö” has been presented to the Malmö City Executive Board. The follow-up clearly shows that the work being carried out, since the Commission for a socially sustainable Malmö (the Malmö commission) presented its final report, has taken hold in the City of Malmö’s administrations and corporations.